Oakland Southfield Physicians was created in 1986 as an association of independently practicing physicians with the intention of freeing physicians from the administrative burdens of managing contracts with third-party payers and facilitating further business needs. Forming this partnership would allow physicians to spend more time caring for patients and less time running a business. Physicians who are affiliated with Oakland Southfield Physicians furnish medical care to their patients through their own independent medical practices, while the association provides opportunities for primary care practitioners with compatible approaches to network and share resources for professional development and to improve care.

Oakland Southfield Physicians is currently an association of more than 400 independent physicians, including large and small group practices as well as solo practitioners, who provide care to thousands to families in southeastern Michigan. Oakland Southfield Physicians members can be found in Oakland, Wayne, Macomb, and Livingston Counties, from Woodhaven to Waterford, South Lyon to Sterling Heights and every location in between.

GMP Network exists to ensure beneficial partnerships between its members and Health Plans. Focusing on the successful physician-patient relationship, we provide Health Plans with Physicians committed to achieving quality outcomes. We serve as an educator and communications resource between the Health Plans and the Physicians by providing Physicians with proper support tools and training. We continue to be a vehicle driven by physicians - for physicians. 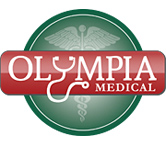 Olympia Medical was created as a physician PO to serve physicians and patients in Southeastern Michigan. Collaboration is a part of the culture at Olympia, and their Physician members work together to promote evidence-based approaches to providing the most effective medical treatments available. Olympia Medical prides itself on putting patients first, with premium care that is centered on the whole person. They understand that better care begins with including patients in the discussion about their care; acknowledging and respecting an individual patient's beliefs and values about health care in the process.

With membership encompassing over 400 physicians, Olympia affiliated physicians serve on the staffs at Garden City Hospital and Beaumont Farmington HIlls. They also care for patients at dozens of physician offices and outpatient locations throughout metro Detroit. Their participation in MHL will further enhance the quality and coordination of care that Olympia physicians provide to their patients.

To learn more about the Michigan HealthLink, click here and complete an inquiry form.

Your message has been sent! A member of MHL will get back to you shortly.